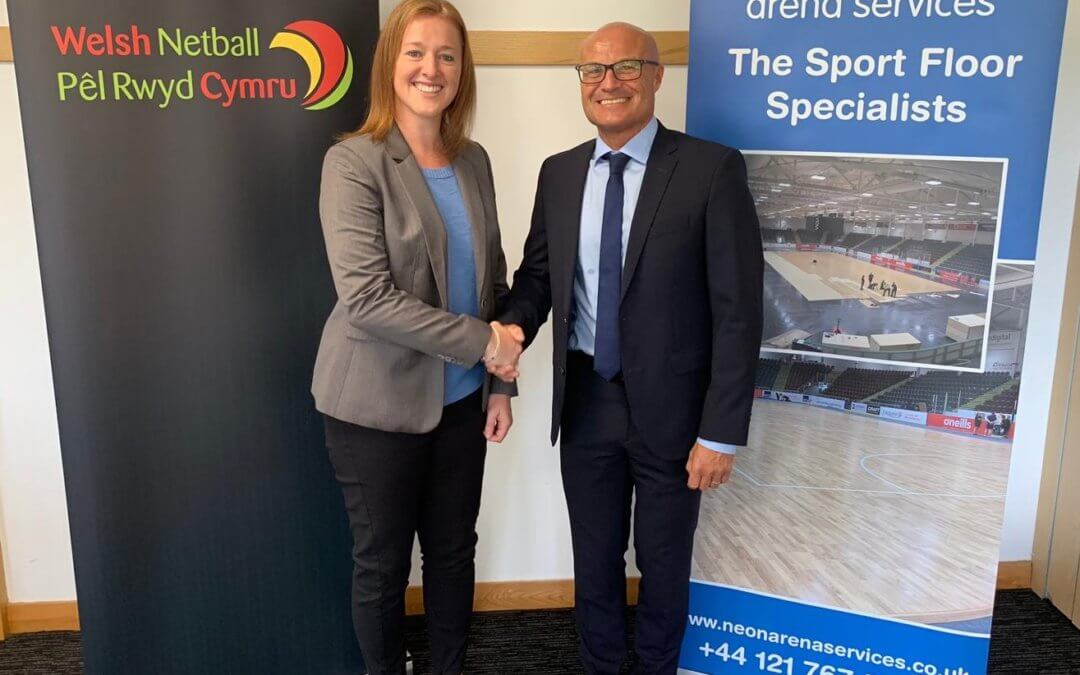 Welsh Netball is pleased to announce their contract renewal with Neon Arena Services as its official flooring partner.

Neon Arena Services manages all aspects of the storage, transportation, installation and maintenance of Welsh Netball’s brand-new international specification wooden sprung portable netball floor. Based at the National Exhibition Centre in the West Midlands, Neon Arena Services specialise in the preparation and management of indoor arenas for professional sports and music events, as well as some of the country biggest indoor exhibitions.

The new netball floor has already been in action in 2019, featuring in Wales’ two-test series against South Africa and stunning victories over Malawi and Trinidad & Tobago at the Viola Arena, Cardiff in July. It was first used in Celtic Dragons’ Superleague victory against Strathclyde Sirens at Cardiff Metropolitan University back in April 2019.

This world-leading netball surface was recently acquired by Welsh Netball who secured funding for it via Sport Wales’ A Place for Sport grant scheme. This funding means that Welsh Netball can take elite netball to host of new venues and bring the enjoyment of the country’s most popular female participation team sport to a range of new audiences.

Sarah Jones, Welsh Netball CEO said: “We are delighted to be working with Neon Arena Services on the management of our brilliant new portable netball court. Their expertise, facilities and attention to detail make them the perfect partners to manage this new asset.

“This court is built to international specifications and has a wide range of applications, chiefly being for international netball test matches and elite Superleague fixtures. We have already witnessed some great successes for Wales and Celtic Dragons on this court in 2019.

“We look forward to working closely with Neon Arena Services on bringing our fans and the Welsh public even more elite netball on this court in 2020.”

“We have enjoyed working with Welsh Netball and Celtic Dragons since 2017 and have always been impressed by their can-do attitude and desire to succeed.

“We are really looking forward to both Welsh Netball and Celtic Dragons achieving further success on this world class floor in 2020 and beyond.”